Supporting the Work of Black Theatre Artists in Chicago

Please check back in December of 2022 for information about the 2023 Samuel G. Roberson Fellowship application process.

Now in its third year, the Samuel G. Roberson Jr. Resident Fellowship, administered by the League of Chicago Theatres, offers early to mid-career Black theater artists the opportunity to work with a Chicago-based non-profit organization in a supportive environment. The Fellowship provides the Artist with a grant of $20,000 and the Partner Organization receives $7,500 to support their work with the Artist. Each year, a specific category is selected as the focus area for the Fellowship.

The Samuel J. Roberson Jr. Resident Fellowship is administered by the League of Chicago Theatres and funded by the McMullen & Kime Charitable Trust.

If you have questions about this grant opportunity, please email jamie@chicagoplays.com. 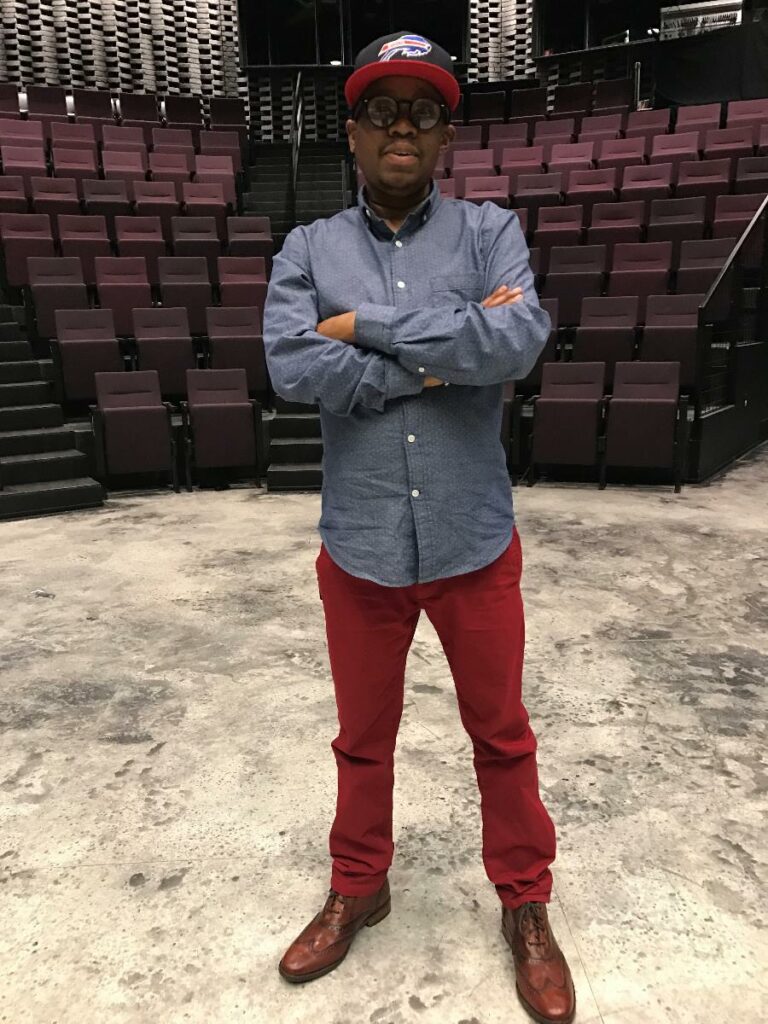 The Samuel G. Roberson Jr. Resident Fellowship honors the life of a beloved, brave, and committed storyteller. After graduating from Howard University’s Theatre Arts Department in 2005, Samuel G. Roberson Jr. began his theatre career with an apprenticeship at The Children’s Theatre of Minneapolis, where he spent three years defining his desires for acting, writing, directing, and social justice theater. During this time, he began writing and using his artistry to draw attention to issues important to him. He successfully wrote and produced two plays, And They Said I Wouldn’t Make It: A story of Hope, an autobiographical one man show about his fight with cancer as a child. And Same Difference, a 2 man show that deals with black male identity, and the pressures one experiences to act, sound, and look a certain way in order to fit in to society.

After his success in Minneapolis, Sam made the move to Chicago where he continued pushing boundaries within the arts and within himself. Through his work with several prominent Chicago Theatres, including Steppenwolf, The Goodman, Northlight, Victory Gardens, Writers Theatre and Congo Square, as well as Spike Lee’s film, Chiraq, Sam made a name for himself not just as an artist but as an activist and leader within the theatre community. In addition to continuing to produce and perform his one-man show, Sam also founded the Make Me A Match Project (M3P), a non-profit organization focused on raising awareness about the need for bone marrow donors within the African American community. Through his efforts with M3P, he helped register donors that resulted in bone marrow matches.

In 2013 he was elected the Artistic Director of Congo Square Theatre. Under his leadership, Congo Square presented the world premiere and subsequent remount of Kelvin Roston’s award-winning and Jeff-nominated Twisted Melodies, both productions directed by Sam. He created Congo Square’s signature conversation series, Owning Our Worth, which has hosted culturally specific theater leaders of color in public dialogue for talks on issues relevant to the theatre community at-large. He felt very strongly that it was his duty as an influential member of the community to advocate for more diverse work and casting throughout the Chicago Theatre scene. He also helped bring together a cohort of artists to create Chicago Artists Against Injustice using his artistry as a way to start difficult conversations around issues that often divide us. Wanting to spread his work to Chicago’s youth, Sam founded Congo Square’s Education program, Y-BOOM (Young Brothers Owning Our Mission), a literacy-based leadership program that provides a safe environment for adolescent African American men. It was his work with Y-BOOM that garnered the attention of the 3Arts organization who awarded him a 3Arts award for service and leadership as an artist in his community.

For all of Sam’s accomplishments and contributions, there was much more that he had hoped to achieve before succumbing to pneumonia in 2017. But he lived everyday he was given to his fullest, and gave all that he could of himself in hopes of inspiring others to do the same. When asked once “What wakes you up in the morning?” he responded, “Knowing that at some point in my day, I am going to have a positive impact on someone, somewhere.”

View All Auditions Post An Audition
Connect With Us: